I was first introduced to oatcakes when I moved to Scotland and they have become one of my favourite things to eat. I have them for lunch with houmous, avocado or tuna and they are the best cracker for cheese (in my opinion!)

There are lots of different oatcakes sold in the supermarkets in Scotland and I have become quite a connoisseur, even to the extent that I think I can tell that three different brands are all made to the same recipe by one factory. I might be wrong about that!

I have tried a few times to make my own but they were not very successful, but then my running club friend Angela sent me a copy of Hugh Fearnley Whittingstall's recipe and these I think are rather wonderful. They are quite crumbly and a bit different to shop bought ones. I think that is mainly because they don't contain any flour - true oatcakes in my eyes.

The other advantage of this recipe is that it contains extra virgin olive oil which we know is a healthy ingredient rather than the palm oil that is often in shop bought oatcakes and something I try to avoid.

I have tweaked the recipe slightly and hope you enjoy them. Happy cooking! 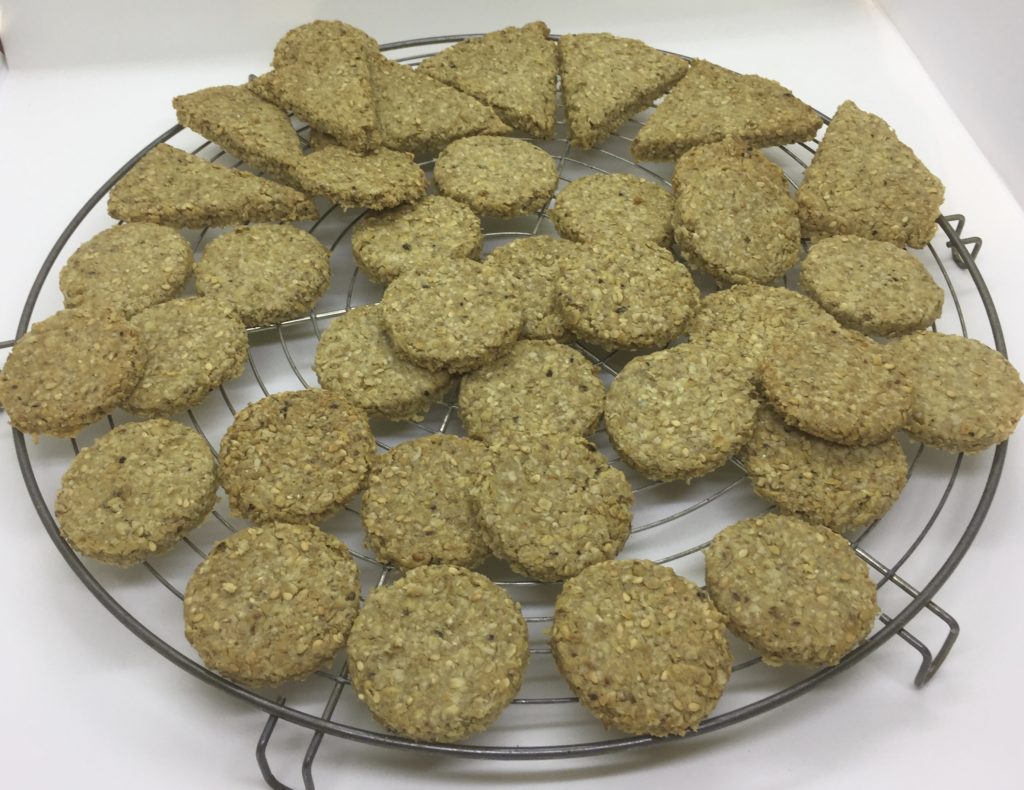 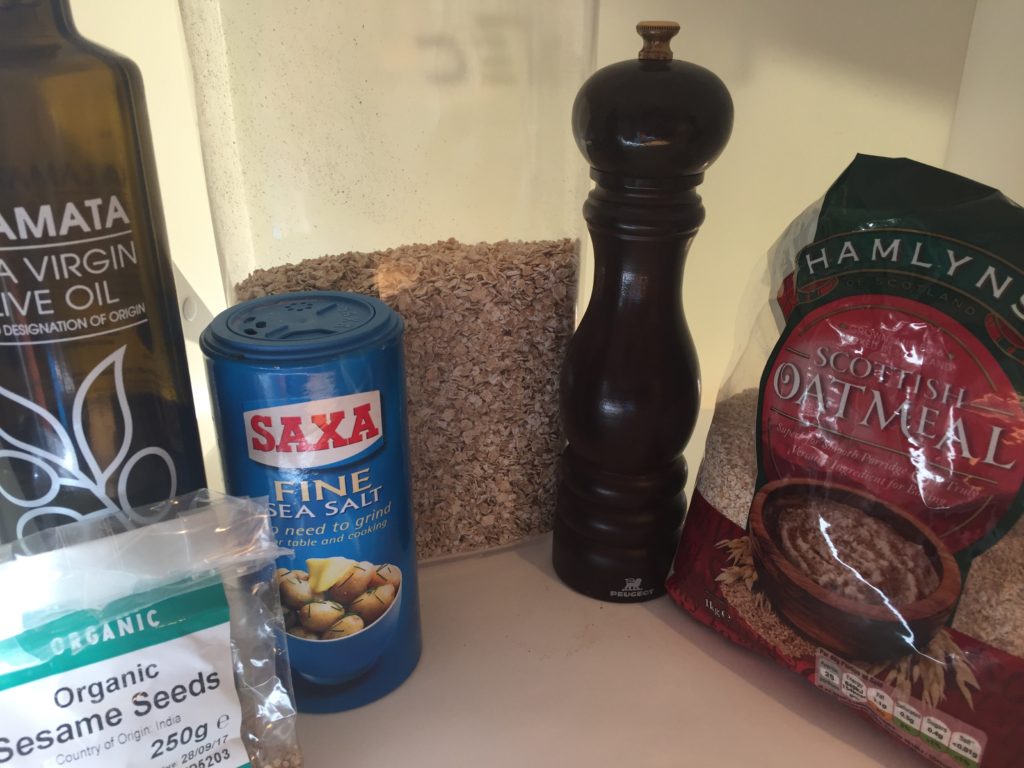 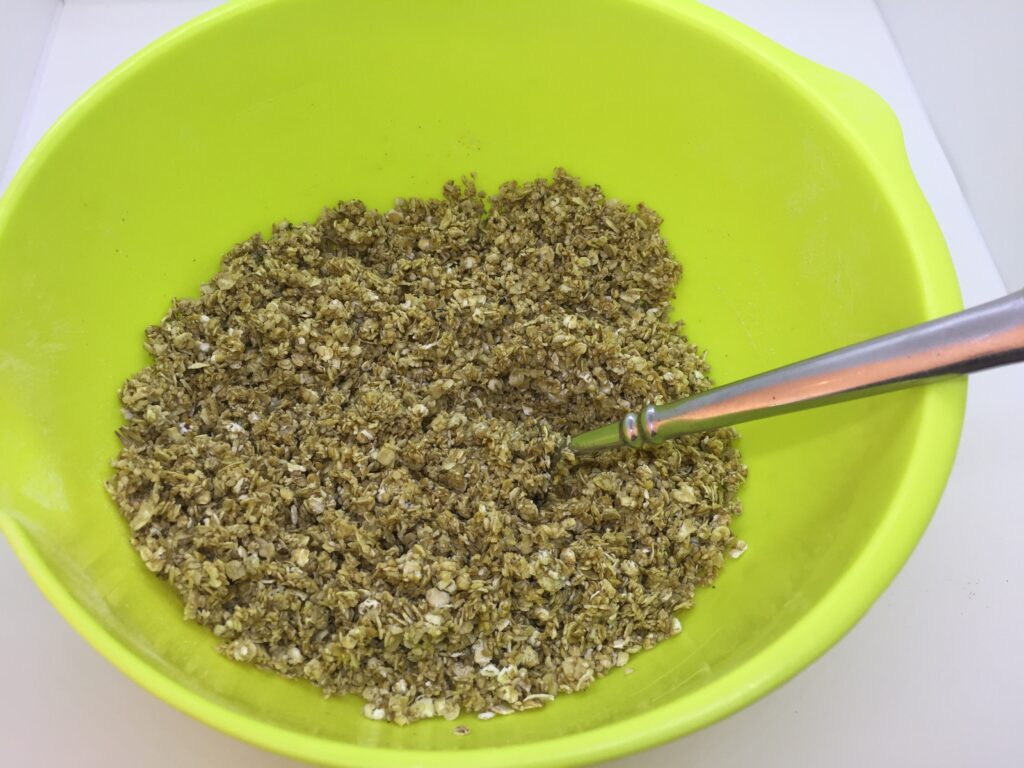 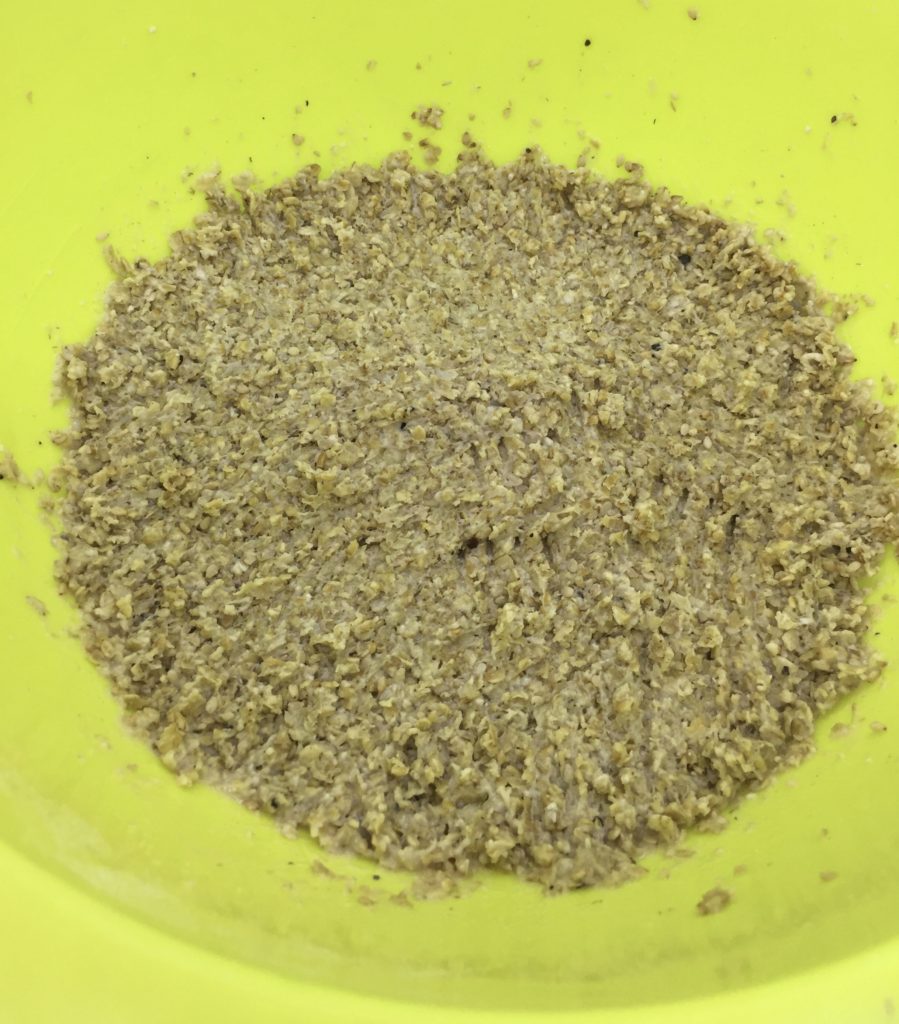 7. Give it all a good mash to bring it together. If it is a bit dry, add a little more water.

8. Turn the mixture out onto a surface that has been sprinkled with a little medium oatmeal.

9. Mould it into a ball. It should be moist but not sticky. If it is too sticky add a bit more oatmeal until it is can be easily moulded in your hands without sticking. 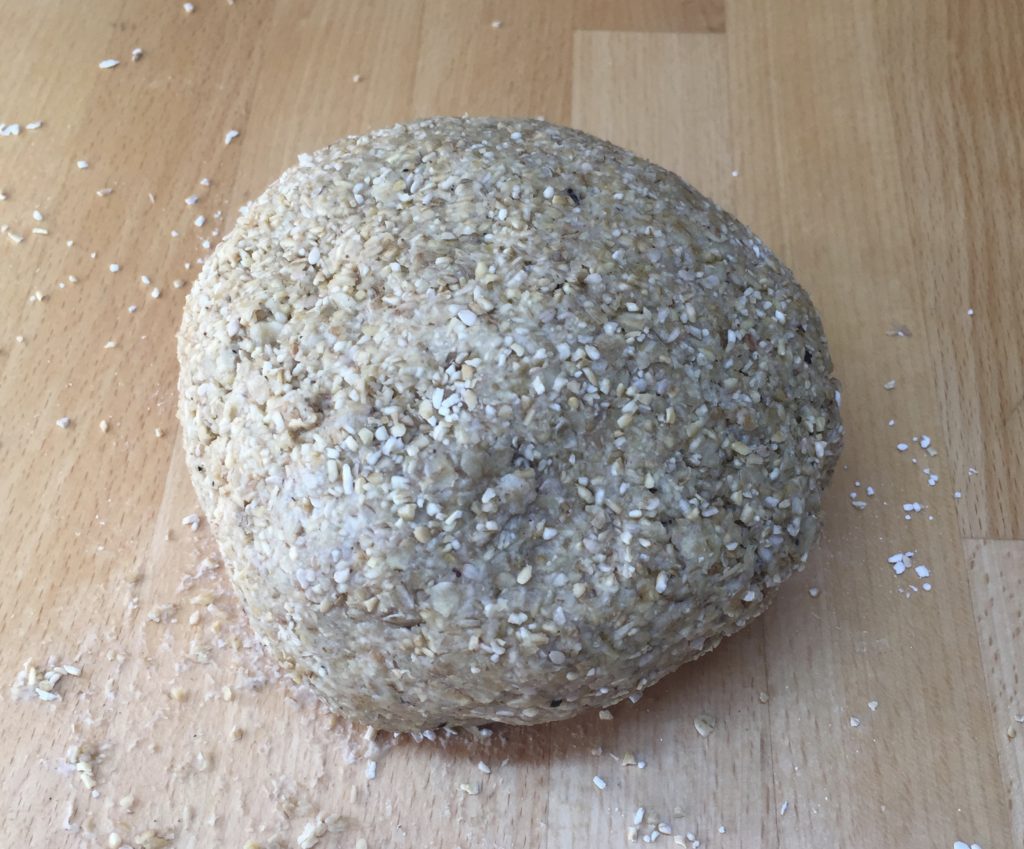 Dough ready to roll out 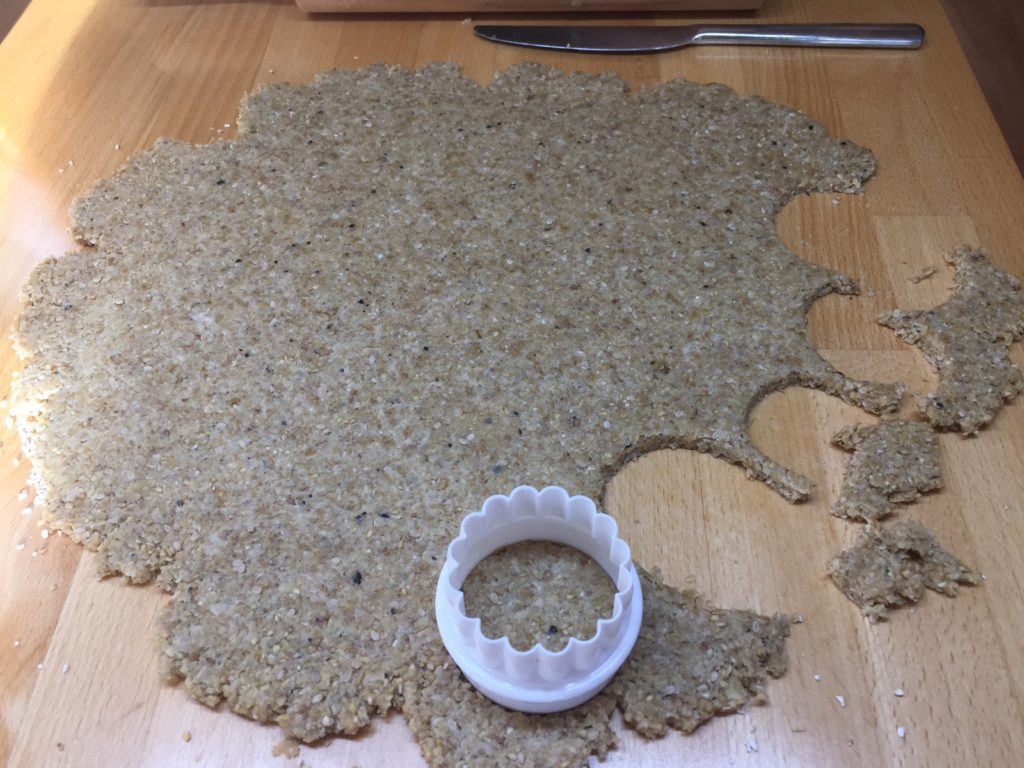 Cutting out the oatcakes

10. Roll out the dough. Use a slow, gently rolling motion.

11. Roll it until it is about 3 or 4 mm thick. Don't worry too much about the thickness as the oatcakes can vary a bit, but be aware if they are too different they will cook at different times.

12. Use a cookie cutter to cut out the oatcakes. I used a 5cm cutter as I like small oatcakes, but it is up to you.

13. Place them onto a lightly greased baking tray. You might need to lift the oatcakes gently with a knife if they have stuck to the surface.

13. You will have lots of bits of dough leftover after you have cut out all of the circles.

14. Bring the leftovers together into a ball with your hands and pat it down into a circle.

15. Give it a very light roll with the rolling pin. 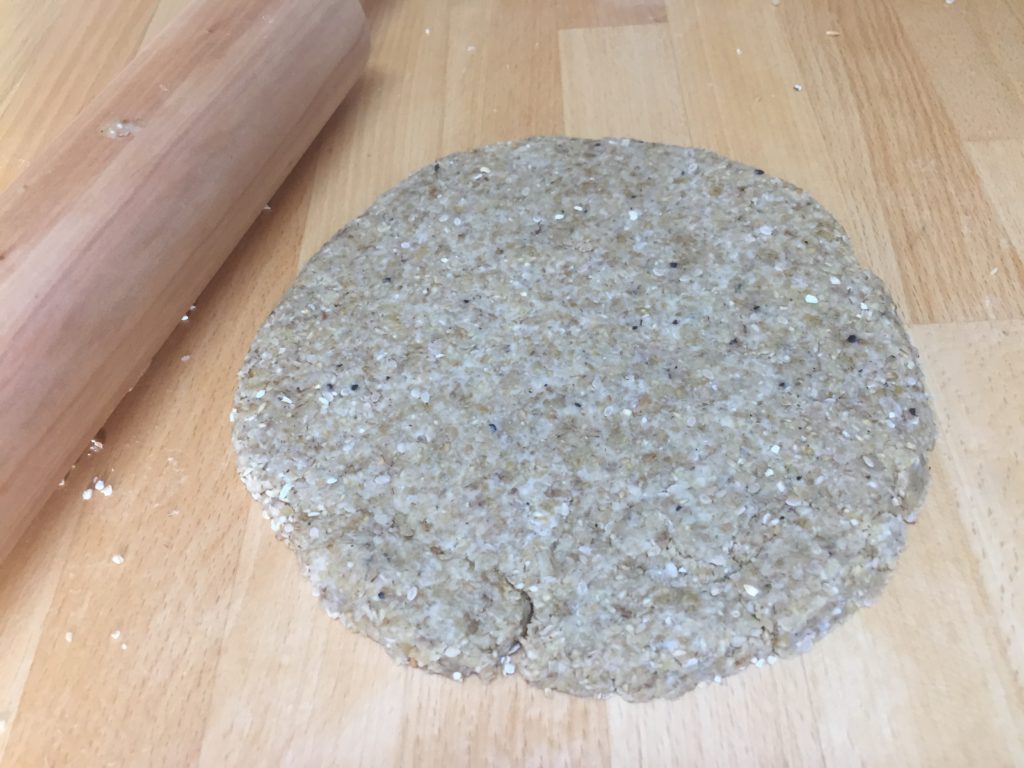 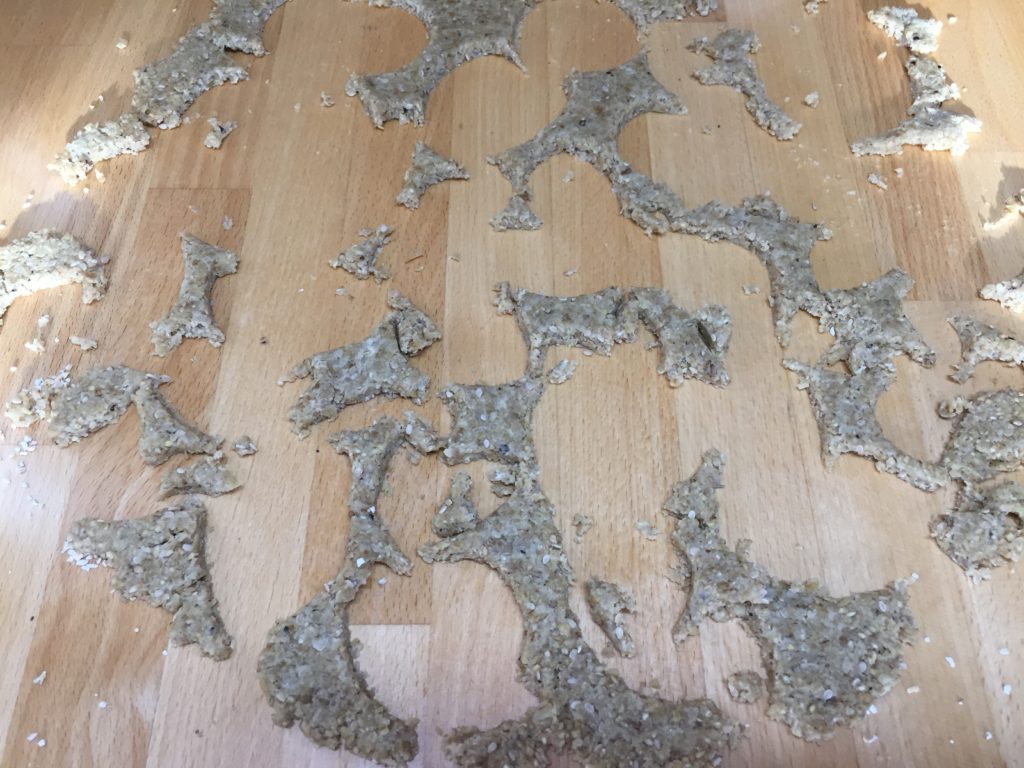 16. Cut the circle into triangles. This is important in three ways. It is best not to overwork the dough as it gets more crumbly the more you work it. Just cutting up the dough like this avoids re-working.  The other benefits are that there is no waste when you cut the leftovers this way and it is much quicker than repeated rolling and cutting of circles. 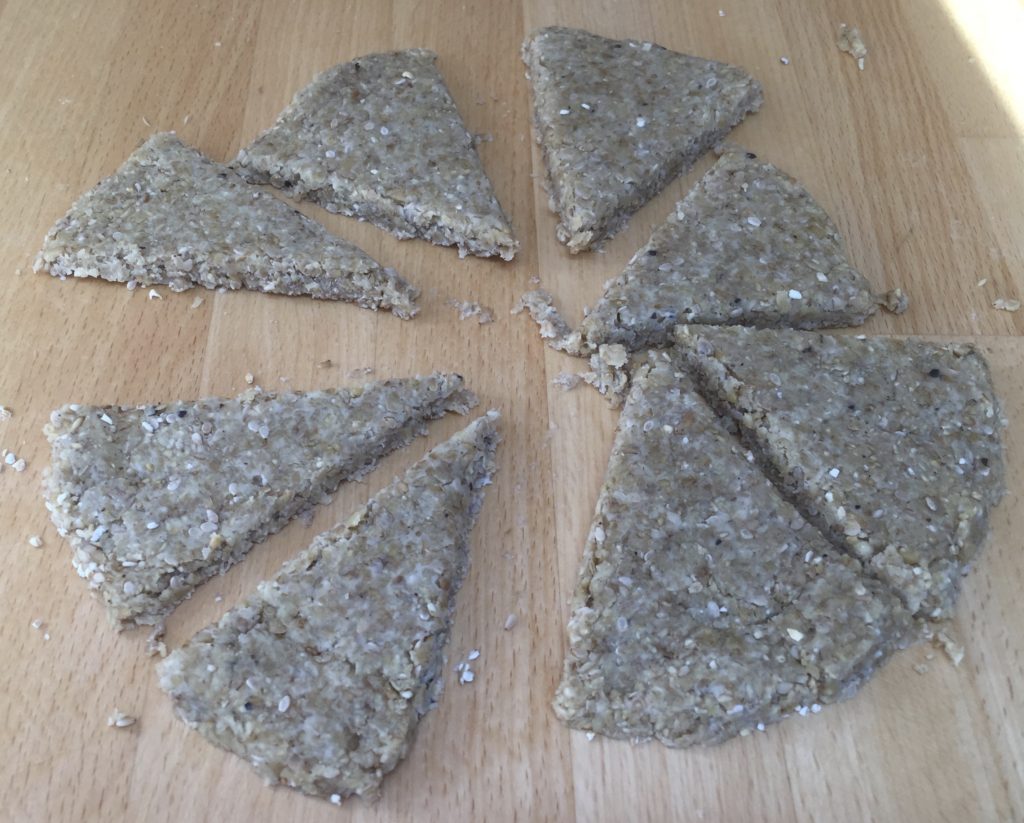 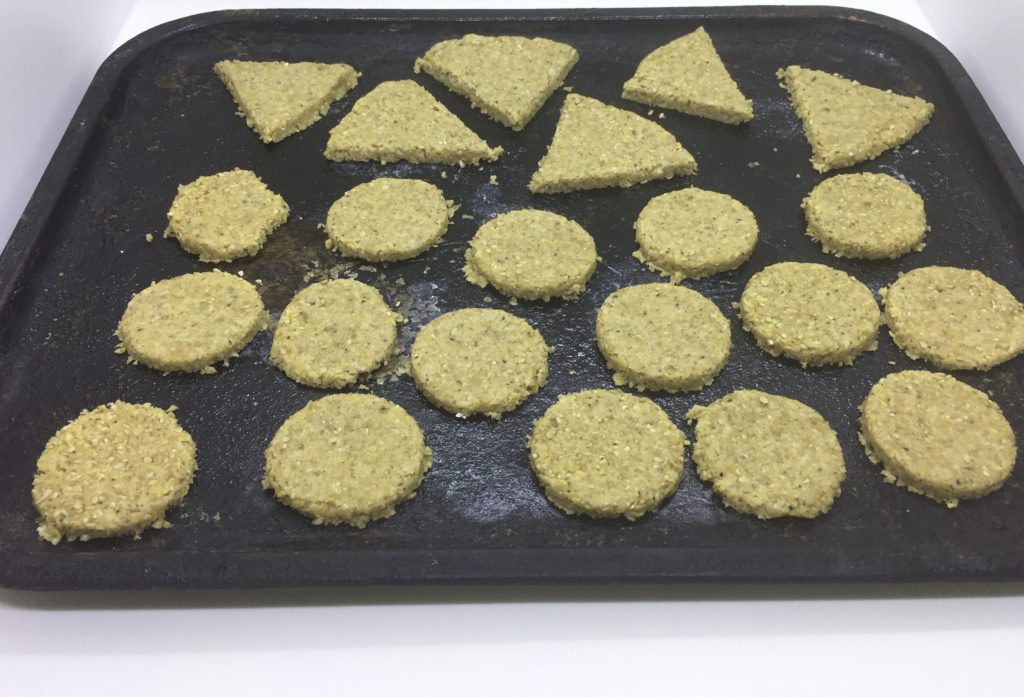 17. You will need two baking trays for this amount of dough. (I sometimes make a half batch if I am in a hurry).

18. You need to make sure you use a low sided baking tray so that the oatcakes cook properly. A high sided tray will mean they take too long to cook, they won't brown and will be very dry and crumbly.

19. Cook for 20 mins at 175 degrees C (fan oven). Then turn them over and cook for another 10 minutes until they are just starting to turn brown.

This website uses cookies to improve your experience while you navigate through the website. Out of these, the cookies that are categorized as necessary are stored on your browser as they are essential for the working of basic functionalities of the website. We also use third-party cookies that help us analyze and understand how you use this website. These cookies will be stored in your browser only with your consent. You also have the option to opt-out of these cookies. But opting out of some of these cookies may affect your browsing experience.
Necessary Always Enabled
Necessary cookies are absolutely essential for the website to function properly. This category only includes cookies that ensures basic functionalities and security features of the website. These cookies do not store any personal information.
Non-necessary
Any cookies that may not be particularly necessary for the website to function and is used specifically to collect user personal data via analytics, ads, other embedded contents are termed as non-necessary cookies. It is mandatory to procure user consent prior to running these cookies on your website.
SAVE & ACCEPT